Due to high demand, temporarily expect turkey decoys to take up to 6 business days to ship. We're working hard to get caught up and back to normal shipping times. Thank you for your support and understanding! Dismiss

About the White Face

When choosing your gobbler decoy, you have the option of a red or white face paint scheme. This can be a hard choice, but let us start off by saying they are both highly effective and you can’t go wrong with either. There are certain situations where one would be a better choice than than the other, but overall the decision won’t make or break your season. The key to decoying turkeys close consistently is realism and that will always be our focus over gimmicks.

This is a highly debated topic. We don’t claim to be biologists and we are still very open to other ideas. However, it’s hard to argue what we see in the field and the experiences our customers tell us about.

What does the white face mean?

We’ve all seen it in the field. Turkeys definitely change their head color in different situations. The key is what does that mean?

What we and our customers have seen is that a full “white face” gobbler occurs when a receptive hen is nearby or the gobbler believes there is one. A white face signals that a gobbler is almost entirely focused on breeding. He’s not worried about fighting for the right to breed or nearby gobblers. In other words, his guard is down.

While a white face can show dominance, it doesn’t necessarily always mean dominance. When multiple birds are approaching together, many times one will go white and the others will stay in the standard red, white, and blue scheme. In almost all cases it is the dominant bird that goes white because he is the one that does the breeding and they have already fought for that social structure.

However, when one bird is approaching and goes white, it does not mean he is the dominant bird in the area. Especially during early season when birds are still working out their social structure, many different gobblers will be attempting to breed and earn the right to do so.

What is effective about the white face?

This is the main reason we love the the “white face” paint scheme. A white face is visible from a long distance and communicates instantly that a receptive hen is nearby and about to be bred. This forces a gobbler that can visually see your decoy to make a very quick decision. If the gobbler is interested in breeding at all, it has to sprint in quickly before the deed is done. If you can get a bird to make a quick decision, his guard is down.

Also, this can help with henned up gobblers. If a tom has hens already, he is less likely to leave those hens to go to other hens. However, if you can visually show him that there is a hen ready to be bred, he is far more likely to leave his current hens.

So which one should I buy?

Again you can’t go wrong. At the end of the day it is just another took in your kit. Here at the shop, we are confident in and use both schemes throughout our entire season.

You always have better success over a decoy you are confident in. If you’re second guessing you’re decoys, you’re more likely to move and make changes that will hurt your success. If after reading this article, you’re really excited about using the white face and seeing the response you can get, go with the white face! If you read this and you’re scared that birds in your area will be afraid of it, then go with the standard paint job. 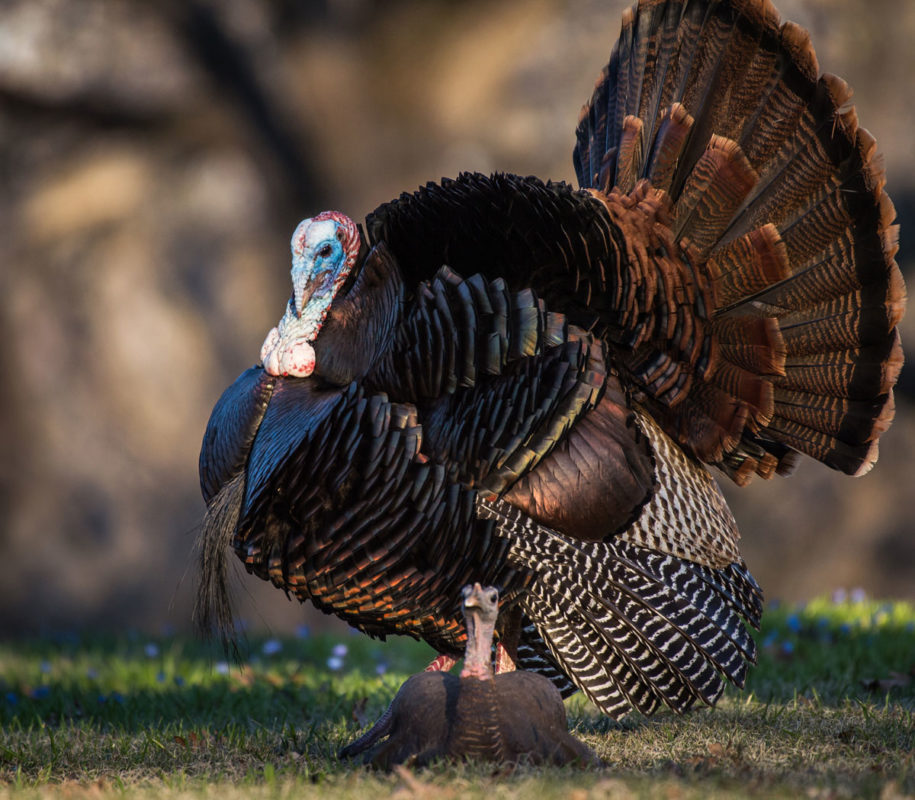 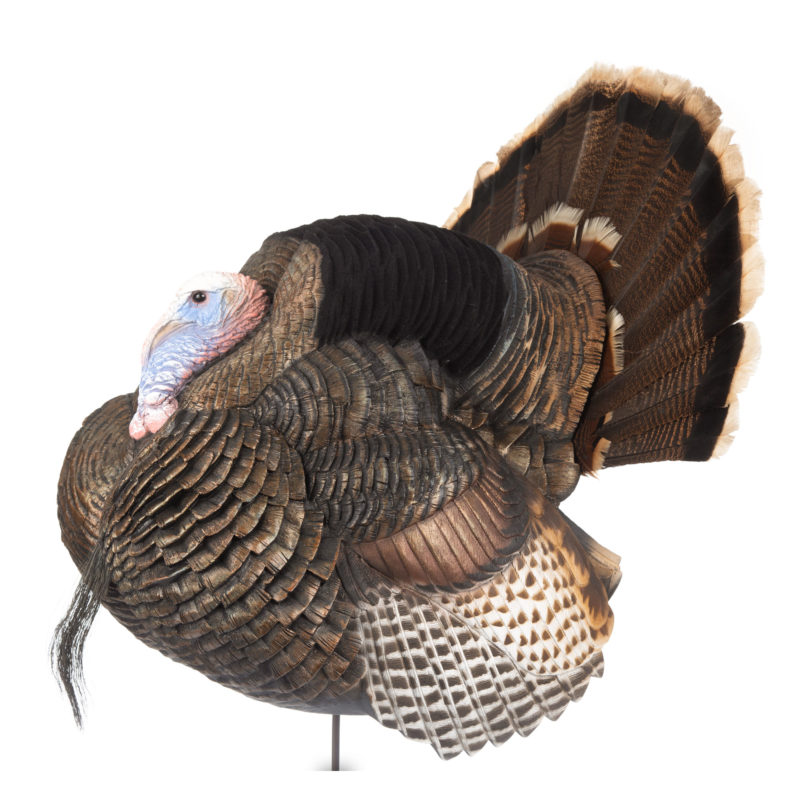 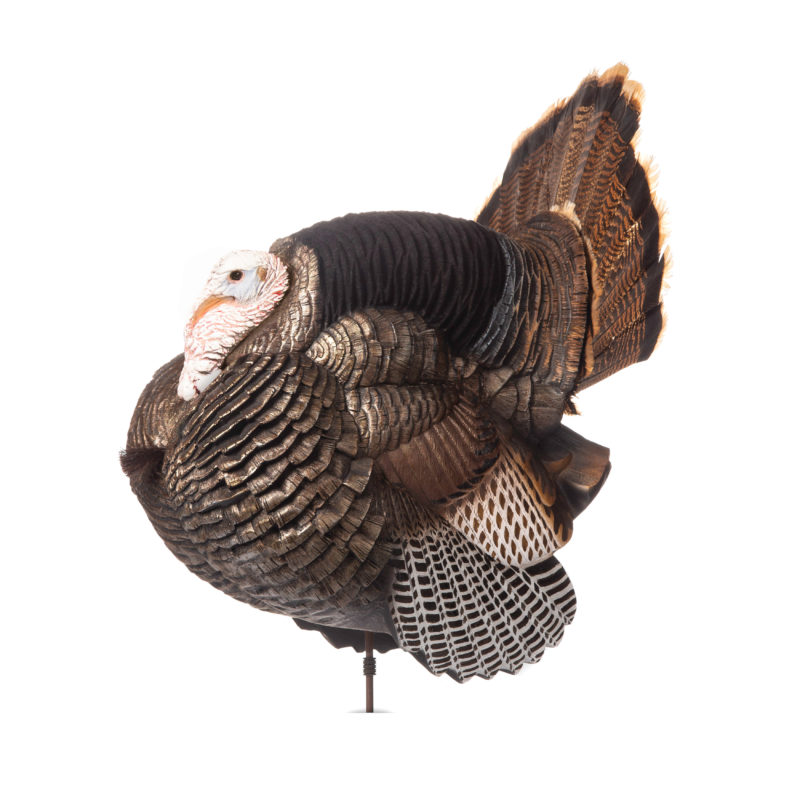 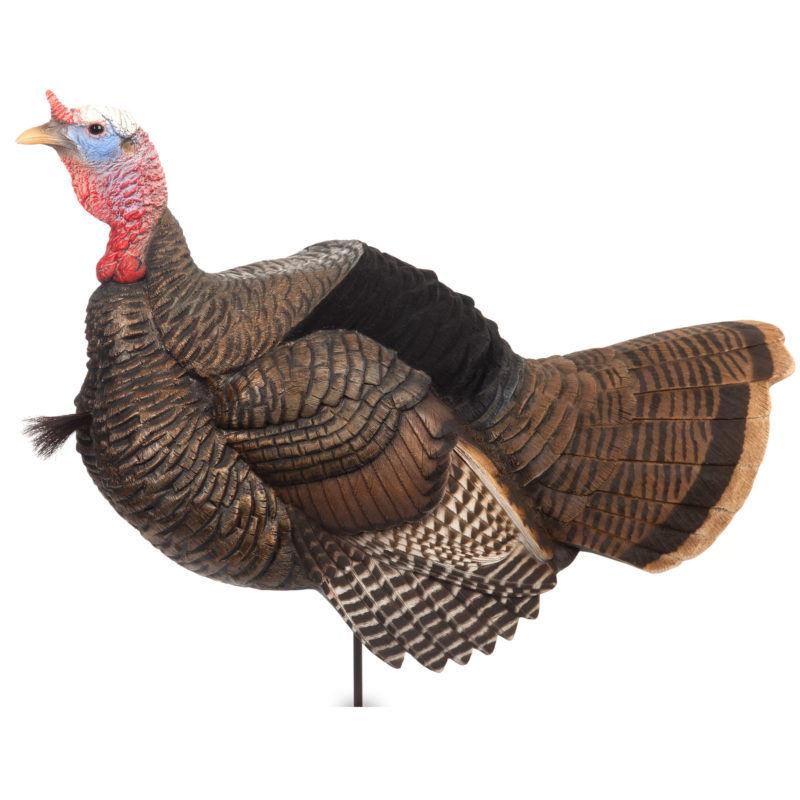 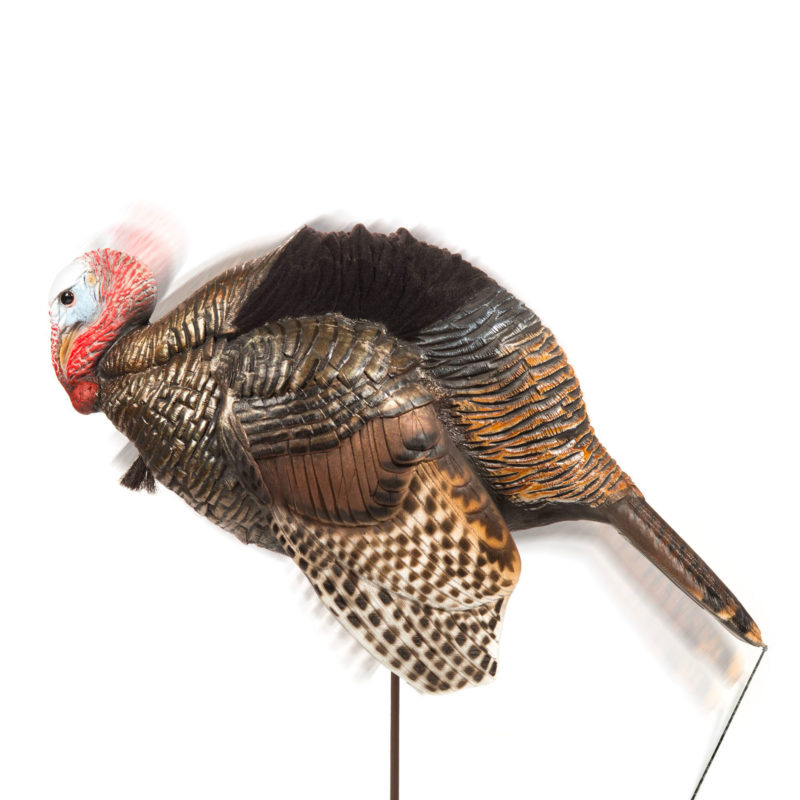 The White Faced Strutter is the brain child of Matt Winters (Kansas Premier Outfitters). After studying bird behavior for years, he approached us about doing a custom white headed strutter decoy. He noticed that often, right before breeding, a toms head color would change to white. While the tom was focused on breeding, other gobblers would run in and try to get a piece of the action. We agreed to at least create a couple for product testing, but we couldn’t believe the results.

In the first year of hunting over this decoy, Matt shot 72 toms with his clients. The amazing part was, it wasn’t only dominant toms that felt comfortable running in. Dominant, subordinate and even jake gobblers felt would sprint towards the decoy all because the head color now gave them the message that there was a hen nearby ready to breed and this tom was more interested in making love than picking a fight with them. After two years of product testing, we are excited to officially add the White Face Strutter into our decoy line.